Smoking honey bees on the apiary

It was a normal morning like any other day and Fred went outside to visit his lovely honeybees who were hard at work. When he got to the hive, it is safe to say that he was shocked. The numbers of Fred’s bees had drastically dropped and he did not know why. It could have been disease, but there were no deceased bees around the hive. The numbers continued to drop as he visited the hive day after day and eventually, he decided to do a bit of research.

It turned out, Fred’s honeybees were being targetted by natural predators in the area. They were not properly protected and thus, his hive had become a regular source of food for these predators. Beekeepers everywhere might think that bees can defend themselves as Fred did, but the truth is that sometimes these critters need a helping hand. Before protecting your hive, you must first identify the predator. Then, you can create an efficient layer of protection for your hive.

What is Honeybee Keeping?

Honeybees are flying insects that are responsible for one of nature’s sweetest substances: honey. They live in colonies in a beehive where they are ruled under a queen bee. Worker bees create honey by collecting nectar. This nectar, when passed from bee to bee, becomes honey through natural processes. Honey is then stored in the cells of the honeycomb as food for the winter.

Beekeeping or apiculture is the work of maintaining a hive. These hives are commonly man-made and kept in an apiary. In addition to maintenance, a beekeeper can also cross-breed bees and protect them from natural disease. Extracting honey from bees has been done since as far back as primitive times.

Man-made hives usually look like hives with hexagonal cells. They are better at attracting bees and easier to maintain. Not to mention, the extraction of honey could be completed without harming the hive or bees. Honey bee keeping has evolved for efficiency.

What Animals Prey on Honeybees?

Honeybees are targetted by plenty of animals, as well as parasitic organisms. If you notice any of these predators in the vicinity of your hive, you may want to take precautions to protect your hive immediately. There are plenty of ways to keep bees safe.

The most obvious predator, bears have long been a fan of the honey kept in beehives. What many people do not know is that bears not only enjoy the honey but the bees as well. Bees are an excellent source of protein and a perfect complement to any meal the bears might have.

Bears have been known for tipping over hives or even ripping them in half to consume the honey and bees. Their actions can be extremely destructive and result in the total loss of your hive. The species of bears that you need to be wary of are the Grizzly, Black, and Brown Bears.

If your main threat is a bear, you can protect your bees by increasing security in the apiary. Consider placing electric fences around your yard or apiary. These fences can be charged by electricity, solar power, or batteries. This method has nearly been 100% effective in keeping bears out of your yard. However, be sure to keep the region under your fence clear from any type of vegetation otherwise the fences’ charge will not be enough to deter bears.

If you see deceased bees lying around the floor near your hive, this might be an indication that skunks have been preying on your hive. Unlike bears, skunks enjoy eating the bees themselves rather than the honey they produce. Skunks eat bees by sucking on them. They will spit out the parts that they dislike and leave the remnants near the hive.

A skunk typically catches bees near the lower entrances of the hive. To prevent skunks from getting into your hive, make sure that the hive is raised high enough away from the ground. There should also be no tall objects nearby so that the skunk cannot climb. By having to reach up, a skunk is exposing its stomach which is the optimal place for bees to sting.

Wasps target bees as a source of nourishment for their young. When a wasp is expecting, she will generally lay her eggs near a bunch of deceased honeybees. Once the eggs hatch, the baby wasps will then consume all of the bees for nourishment.

Wasps will generally either consume a bee or capture it. If a bee is captured, it will be taken to the area where the eggs are expected to be laid. Wasps are known for created tunnels in the ground where they leave these bees. The bees are then kept alive as long as possible until the eggs hatch.

According to plenty of studies, wasps use gas to keep the bees fresh for their larvae to consume. This also prevents bacteria and fungi from growing on the deceased bees.

When a bee is attacked, the wasp’s sting is powerful enough to paralyze the bee and render it motionless. While the bee may attempt to initially fight back by stinging, the wasp has a hard, protective outer layer than cannot be penetrated by the stinger of a bee.

Wasps are especially dangerous to hives because while they infiltrate the area, they can burst cells and leave the hive exposed to other predators. Thankfully, this is not the case most of the time, and wasps will only take a few bees from the hive.

Bee-eating birds can only be found in Africa and Asia, however, some birds may attempt to consume bees if other sustenance cannot be found. Bee Eaters have specialized in hunting bees as they use honed techniques to capture and consume their prey.

These birds are quite colorful and have long-thin beaks that are perfect for catching bees. While these birds may be excellent predators in other countries, they are rarely found in Western countries. They will most likely not directly threaten your hive.

Spiders are generally intelligent creatures, spinning webs in strange places to catch prey. The crab spider is known for specifically hunting bees. They do so by spinning webs in flowers where bees are frequent visitors. By camouflaging into the flower, they can wait until a bee unknowingly flies into their trap.

Crab spiders will eat any other insect that gets caught in its web, so it is not a direct threat to your hive. However, if you notice a lot of webs on any nearby flowers, it is best to look into pesticide options. Crab spiders can be detrimental to your hive in large amounts.

Hive beetles are known for directly entering a hive and consuming the bees. They do not attack healthy bees at the risk of being killed by worker bees in the process. These beetles target hives that are weak, ill, or low in numbers. Once they have infiltrated the hive, the number of bees will be reduced near to nothing.

To prevent this, properly maintain your hive and make sure that it is always thriving.

Other Methods of Protecting Your Hive

There are plenty of other ways to keep bees safe than the ones mentioned before. Consider placing traps around your yard to prevent small creatures from infiltrating your hive. These traps may capture animals such as raccoons or skunks.

Another solution is keeping a screen around your hive. The bees will figure out how to come and go while predators may not be sure of how to infiltrate the hive due to the screen. This will confuse them and keep them at bay while your honeybees do what they do best. You might also want to look into entrance modifiers. These modifiers will control the size of the insect that is allowed to enter the hive. While it may allow bees, it can prevent wasps and beetles from getting in.

Honey bee keeping is not an easy task, but it can be worthwhile if your hive is thriving. 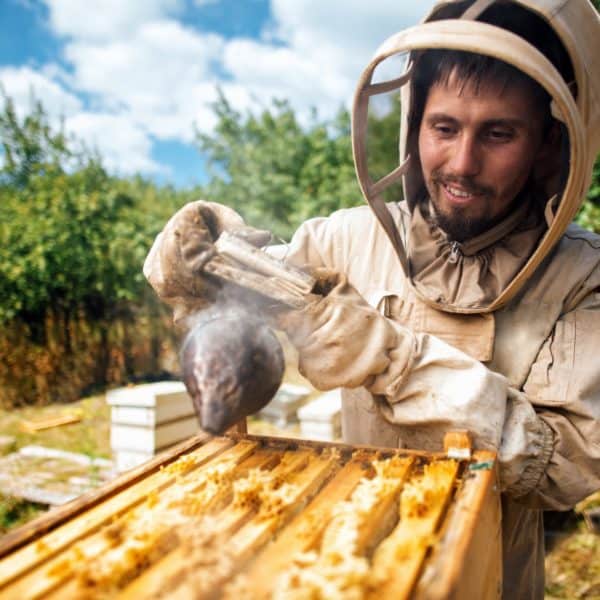 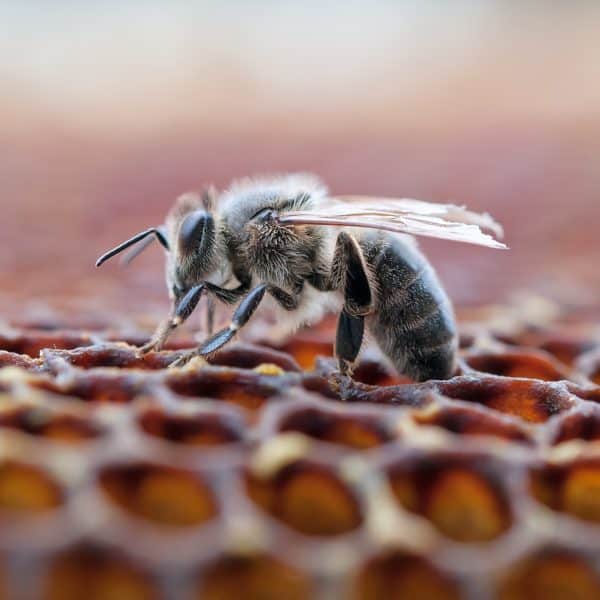