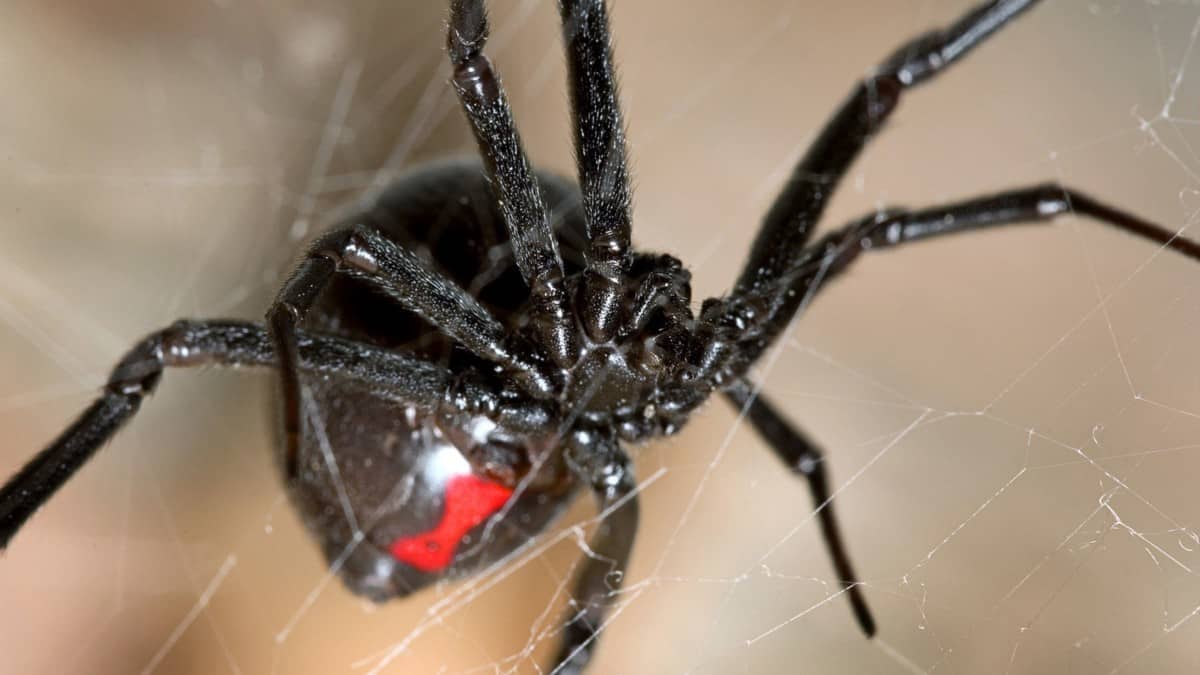 Find out what the most venomous spiders in the US are, and how you can keep them out of your home.

I’ve always been fascinated and a little creeped out by spiders. This is probably very common, but I know that some people are deathly afraid of spiders. The truth of the matter an overwhelming majority of spiders will not hurt you and are actually great at hunting more damaging insects. However, there are a few venomous arachnids that you need to be aware of.

There are over 3,000 species of spider in the U.S. and many are harmless. That being said, there are a handful that are considered to be the most venomous: The Black Widow, The Brown Recluse, The Daddy Long Legs, The Hobo, The Funnel Web Grass Spider, The Brown Widow, The Wolf, The Orb Weaving Spider, The Tarantula, and The Red Widow. For those that don’t already know, many people confuse other insects with spiders, but there are simple indicators that you can use to spot these unwelcome visitors. All spiders possess eight legs and a set of fangs to inject venom when threatened/excited. Their central anatomy also looks like a pair of imperfect spheres, which is distinctly different from other bugs found in thee wilderness or your house.

10 Most Venomous Spiders in The U.S.

The most interesting part about these ten spiders is their varietal methodology. These arthropods behave differently from one another in a number of ways. Some are more aggressive and territorial, while others will find any possible way to avoid confrontation with a large mammal. In fact, most creatures found on the food chain would be identified as natural predators to the spider. Lizards, fish, and birds are just a few members of the animal kingdom that consider spiders a nutritional snack. It is important to acknowledge this before classifying spiders as one of natures “villains”. To a spider, that hole in your wall, or that dark and damp corner in your basement, is their newfound sanctuary. They have no knowledge of property laws and squatters rights.

To reiterate, these spiders are venomous and should be approached with caution:

Also known as Latrodectus, is one of the more dangerous spiders on the list. With insanely potent venom, this spider actually injects a neurotoxin into its victims, causing people to occasionally die without proper treatment. The spider can be spotted easily due to its pronounced features, such as the red hourglass shape on its black back.

This spiders unique venom actually causes necrosis, which is the death of of cells within the body. Victims often have large chunks of their limbs missing, so it is extremely important to identify them when possible. Unlike the Black Widow’s hourglass, the recluse is brown with a violin shaped mark on its back.

Widely known as the Cellar Spider, it can be found in virtually every home depending on the season. Their venom is fast acting, however they’re incredibly passive towards humans and actually hunt for other spiders. To some, this insect is actually an asset because they can eat more dangerous crawlers in your living space.

There hasn’t been a lot of research done on the Daddy Long Legs ability to bite a human and therefor a lot of myths exist about the spider. I had always heard that they weren’t able to bite a human. However, Myth Busters, the tv show took on the challenge in 2004 and discovered that the daddy long legs can in fact penetrate the skin, but it only causes a mild burning sensation. It sounds like you don’t have to worry too much about these little guys.

They are harder to identify than the other spiders mentioned, but there are a few traits that separate them from the rest. One of these being the light stripe on its sternum. The Hobo’s venom-strength varies wildly, but there are a number of necrosis cases. The affects can be compared to the Recluse bite in some instances.

This insect is closely related to the Hobo Spider, weaving funnel-shaped silk for its web. Their venom cause immediate paralysis in prey and is gifted with speed to compensate for its slippery silk. Like the Daddy Long Legs, their bite is not medically problematic for humans. They are also very afraid of most large mammals and will do their best to stay away.

Although it has the hourglass shape like its black relative, its coloration is a series of brown and black shades. You are unlikely to find these spiders in your home. They prefer woodland environments, so watch out when hiking! Their venom has less potency than the Black Widow, but still causes inflammation. When hiking or out for a walk in the woods, just be careful where you put your hand. They are known to attack when they feel threatened in their territory.

Known for their agility when hunting prey, wolf spiders are difficult to corner. If placed in a precarious position they will lunge out a the predator and inject venom. Their bites cause mild pain and itching in humans. They’re eye configuration is unique when comparing them to the other spiders on this list, with two large eyes accompanied with four smaller eyes above its fangs. They are typically very easy to identify and should be left alone if spotted.

They create a classic flat web, with a spiral pattern leading all the way to the center. They remake this web every single day! Their colorful narrow bodies are easy to spot in the home, and they’re not naturally hostile. Orb-weavers are remarkably strategic and actually know which prey are venomous when capturing them. Humans don’t really need to worry about their venom, but it will cause paralysis in the insects that are captured.

This is probably the most well-known creature on the list. In fact, they are a popular pet in American homes, often kept in tanks filled with small logs and brush. Their venom can cause intense pain, however they are rarely aggressive with human beings. I actually used to have a math teacher that kept them in class.

This is the third member of the Widow family and for a good reason. Unlike the other two relatives mentioned, the Red Widow possesses two small red marks on its back. It is incredibly agile and can maneuver through tight corners with total ease. You most-likely won’t have the chance to see it. Its venom is not as potent as the black widow, but it is exceptionally talented at capturing prey.

All in all, most of the spiders on this list will merely cause discomfort in humans, but you should see a doctor right away if you notice intense itching, burning, or swelling. If treated right away, you can typically avoid serious side effects from a spider bite.

How to Deal with Spiders

One must remember that we inhabit the world in an entirely different way. We could not be further from a spiders natural prey on the food chain. Put simply, they won’t bother you, if you avoid bothering them.

There are an array of different methods to prevent issues related to venom. To start, just check your windows. If there is an opening, do your absolute best to patch it up. Colder months make homes a desirable hidey hole for nightcrawlers. You should also keep your door closed when possible. I cannot think of a more welcoming sign for spiders to just stroll on in.

Most of the time, spiders only enter your home with the intention of eating smaller insects on the floor, in cabinets, etc. Leaving food out over night can literally spawn a new ecosystem in your dining room. Allowing food to slowly rot in your trashcan is a welcome mat for flies. All of this plays into whether or not these eight-legged friends decide to set up camp.

How to Treat Bites

Luckily the U.S.’s spider population isn’t the most threatening in the world. Urbanization has prevented the evolution of venom production in spiders, and these little creatures don’t really enjoy travel by boat or plane. In addition to this, our advanced medicine allows us to combat venom, as long as the bite is treated as soon as possible.

What Exactly is Venom?

It is a substance consisting of one or more types of toxins. It can be found most commonly in spider, scorpions, or snakes and is always used as a defensive measure against humans. Refined by years of evolution, venom production has taken on a plethora of different forms and the injection method has seen changes as well. In the past, there were actually quite a few animals that held the ability to use venom, but we have witnessed its decline because many natural enemies have been wiped out across the world. You can see this by researching more remote areas on the African continent, where the hostile ecosystem has produced some of the most life-threatening venom on record. For example, The Button Spider can cause death if the injection is longer than a typical reflexive bite.

Should We Be Scared of Spiders?

As it was briefly highlighted in the beginning, you really shouldn’t be scared of spiders. Many have what is known as arachnophobia; a condition leaving people petrified just by spotting spiders in their living space. Although this is natural in many ways, civilization has brought us an abundance of remedies, and discounting these scientific advances does a disservice to our place in nature.

Spiders are amazing in so many ways. They teach us about our environment and our position within it. It is best to simply be cautious and keep an open mind towards our tiny neighbors. Stay safe out there!